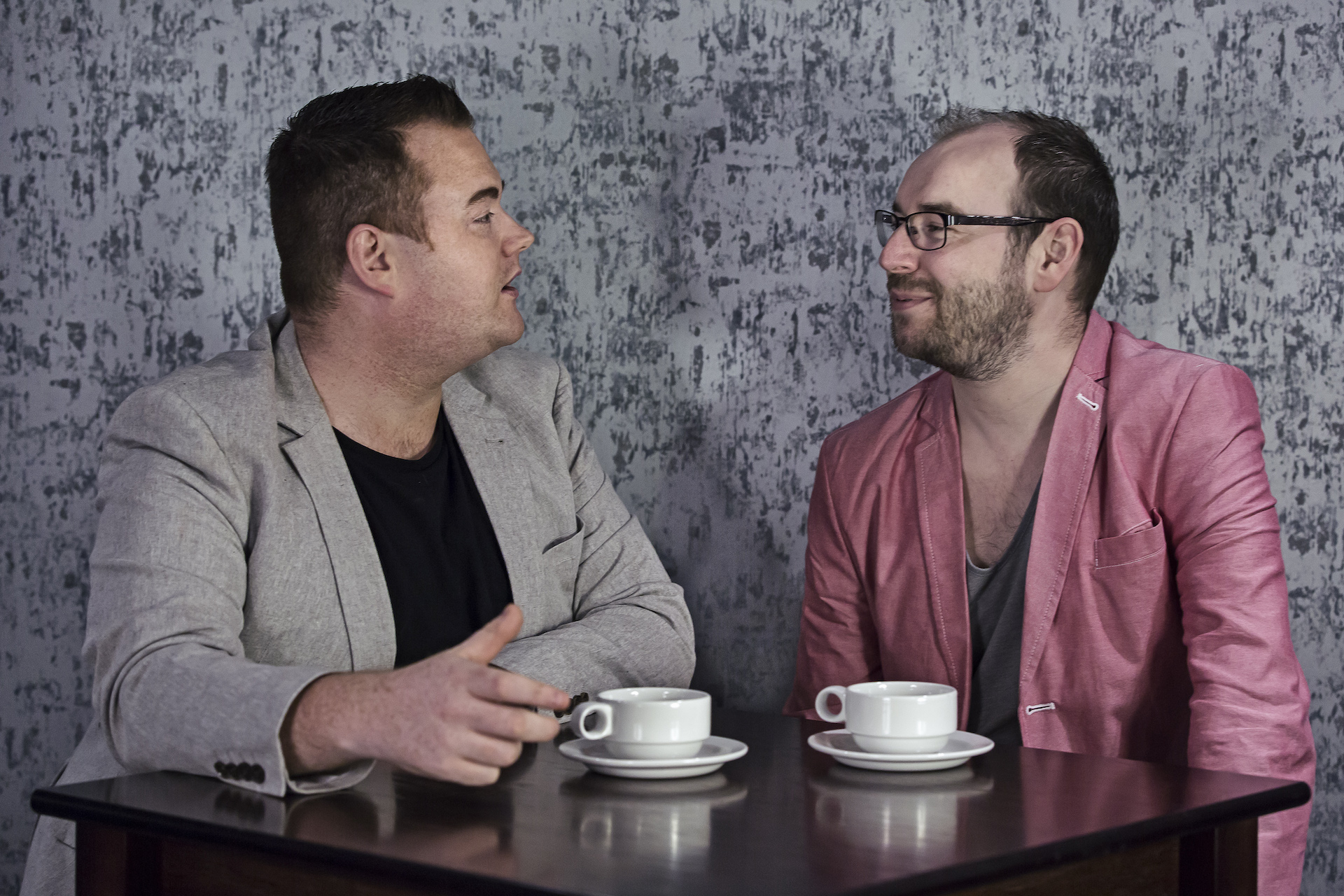 There’s a saying up here, ‘people make Glasgow’, and they certainly do. We had been together for 11 years at the time, in a civil partnership for seven, but it never felt the same. We were never on the same footing as our married friends. I couldn’t even refer to my partner as husband. Neither could he to me.

As we now pore over the extraordinary collection of photos, greetings cards and those infamous press cuttings, we are reminded that it was all by accident really. When we booked our wedding, we had no idea we were fated to make history that day. The first clue came in the form of a phone call from one of the main news channels in Scotland asking to film us on the morning of our big day. Only then did it begin to dawn on us. Then the BBC called, then the Daily Mail, The Sun,
The Mirror and publications from as far afield as Dubai and California. It went a bit crazy!

Granted, not many people have 20 photographers, a bunch of television crews and a road in Glasgow city centre shut off for the occasion, not to mention protesters. But this wasn’t any wedding. We were to be the very first same sex couple to be married in Scotland, and that came with some obligatory extras.

Another couple got married under Scottish law at the Australian Consulate just before us, but we were the first in Scotland. They were legally robbed of their marriage as soon as they walked out of the embassy. That made it all the more special for us. Not out of some awful schadenfreude, but because it reminded us how lucky we were to live in a country that didn’t just tolerate diversity but celebrated it.

The day itself passed by in a blur, but there were a few standout moments. As we were driven up to the registry office, locals who recognised us from the papers shouted out of car windows to wish us well. It was overwhelming. Even now, over a year since it happened, we’ve had to stop on occasion to do selfies with total strangers. We were live on BBC radio as we walked up the steps of the registry office – me on one line, and a Catholic priest telling us we were an abomination on the other. But the few protesters who turned up outside quickly dispersed when they realised the wave of love and respect we were being showered with by the public.

The Chief Registrar for Glasgow led the ceremony, and the very person who helped write the new law witnessed it. As we left as an officially married couple, the Cabinet Minister who signed the act into law toasted us with a glass of champagne – he popped the cork so hard it nearly put a hole in the ceiling of the office.

As we left we were ushered through the back doors to avoid the press, only to be greeted by a crowd of photographers, television crews, and strangers who cheered our names and threw confetti. It was the most surreal moment of our lives.

One question every reporter asked us was, “Do you feel any different?” The answer is yes. It validated our relationship in a country that before had said our relationship wasn’t as important as our friends’ and family’s. Yes, we still have the same lives. Yes, we still have to go to work and pay the same bills. But yes, we honestly feel different.

We’re not saying marriage is for everyone, indeed some same sex couples don’t want to get married at all. But now they have a choice. Has equality now been reached in this country? We would both unanimously say no. Equality will be reached when there is no need for all this attention, when it will just be another two people getting married regardless of genders.

To be in the history books is special; to think that in decades to come when another generation studies equality in school our names will come up. The best thing came a few months after our wedding. We were walking in a shopping centre when a man in his fifties approached us, shook our hands, and with tears in his eyes recalled how we had made it easier for his son to come out to him. He just hugged us and left. If that’s our legacy, it’s some legacy.