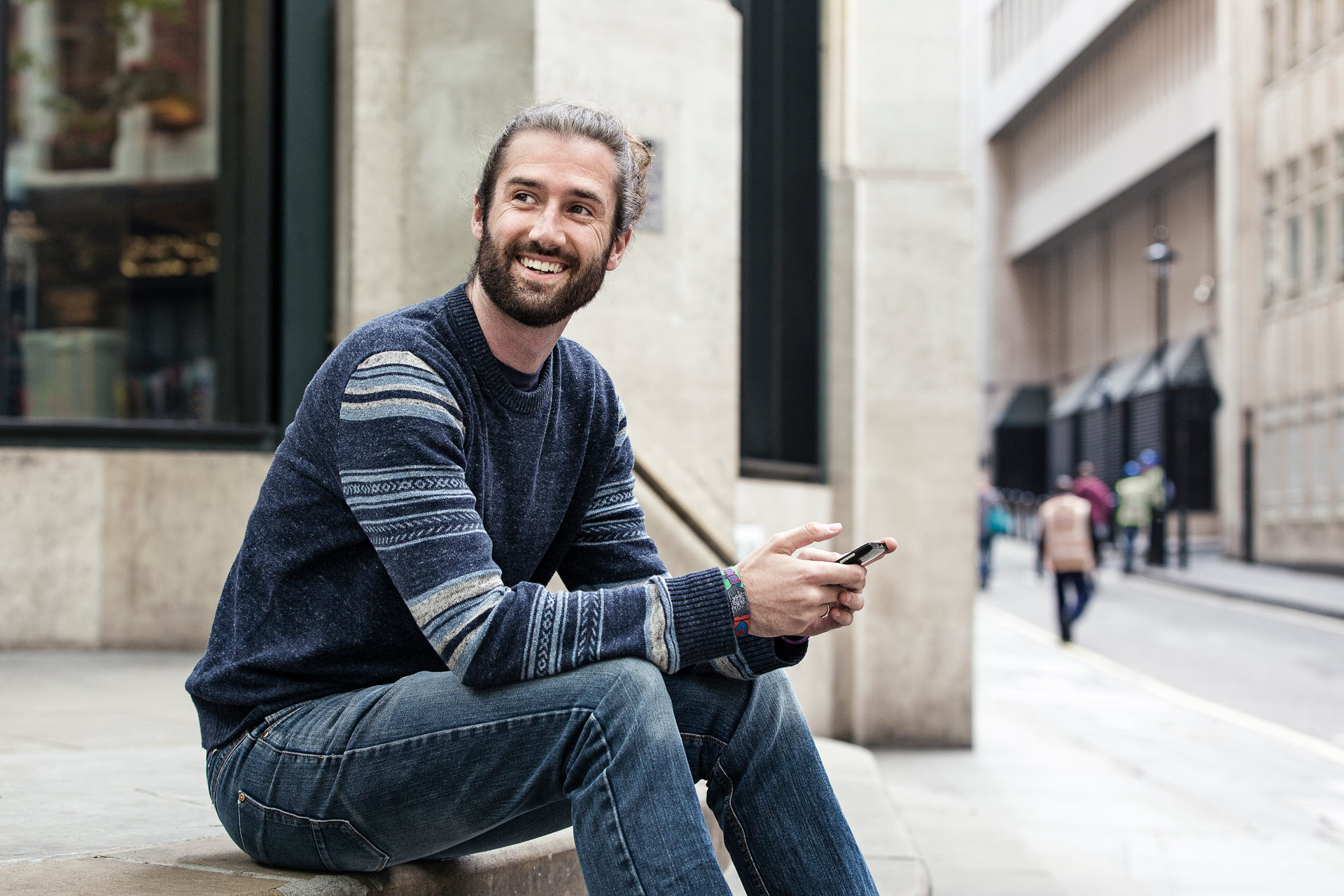 We invite you to read his story and write a response to him at the bottom of the page. Your feedback will be collated to let Matthew see how he has influenced our readers, and to encourage others to join the conversation by sharing their own thoughts.

I never had been good at reading the right signs. After ignoring my doctor’s diagnosis of acute depression, I had ended a promising relationship, quit my corporate job, and booked a one-way flight to Australia.

Several months on I was hitching a ride in a beaten-up, second-hand campervan with some bohemian hippies down the famous East Coast. By this point I had endured frequent demoralising mishaps caused by the rash and irrational decision-making endemic to my condition. I had already lost my passport and pretty much all of my money. I’d hoped that travelling and living free would serve as a distraction to my problems, but these misfortunes fed my depression, which in turn had started to erode away the best of my character.

One traveller of the convoy really stands out in my memory. Max was a Frenchman who typified the look and character of the group, with thick dreadlocks, piercing blue eyes and a collection of tribal tattoos on sun-bronzed skin. He was earning his way around the continent by busking outside shopping centres and picking up farm work.

It pained me with jealousy to see that he had made his travelling experience work for him. At one point, not long before we parted company, I asked for his advice.

“Nobody really knows, bro, and I can’t tell you. But that’s why it’s so important to follow the signs.”

This added to my frustration. I felt when travelling I could never get any real answers. I tried my best to go along with the flow as a free spirit, yet I was always trying to hold onto the professional pragmatist that I left behind in my corporate, city existence.

“I don’t know what the signs are, I’ve never seen them.” I desperately pushed out every word as if the extra emphasis would convince him to divulge a real solution to my problems.

“Maybe you’re choosing not to see them,” he said.

My mind backtracked to the last days and moments with the woman who once loved me. The battle in my head between the voices that told me to stay with her, and those that urged me to go. I remember turning off a radio station that was playing love songs; the aching in my stomach and the tears that welled in my eyes were weaknesses that had held me back before.

Instead, I listened to the signs I was supposed to listen to as a man. The anger and disappointment that would spur me on for the next year. The envy that used to enrage me, especially when I locked into my Facebook news feed; scrolling through reels of pictures and videos of peers who documented their worldly travels, each new exotic discovery marked with a selfie.

It was my turn. I booked my flight, and let her go.

But I didn’t. We sent one another message upon message. I couldn’t go for a whole day without knowing what she was doing, and hearing that she missed me. I needed that. With every ‘like’ on my status updates of beautiful sunset shots, I also needed her approval.

For four months we went back and forth battling for each other’s attention. We tried moving on, but then also tried making it work. I pushed her away, then yearned for her attention. I embraced my freedom when I felt it was mine to have, and tried to fuck away her hold over me. But no matter how many women I woke up next to, I couldn’t let her go. Not even when she told me to leave her alone. With 21,000 messages and 10,500 miles between us, and after countless arduous cycles of tearful and angry arguments, she blocked me on Facebook.

Where I had lost all contact with her, I had also lost my control over her. She was free. In the months to come, she became my obsession as my self-loathing seethed and swelled. Within a couple of weeks of that road trip, things went from bad to worse. I just wasn’t able to comprehend all of my losses, given where I had come from and the reasons for my escape. I had failed, and without the mental strength to pick myself up – nor the support network to do it for me – I began to plan my suicide.

An advert for a suicide prevention hotline saved my life, a sign in its most literal sense. I spent the next week in a psychiatric ward.

My road to recovery was long and beautiful. I began to understand that the signs that appeared to appease my jealousies and dissatisfactions were misleading. By drowning in sadness and self-loathing I could no longer see that I had become obsessive, abusive and controlling. I learned instead that it was better to choose my life’s direction on a set of criteria based on becoming a kinder and happier person.

We’re all on a path. When you adopt the right kind of thinking it can make the signs seem a lot easier to interpret, particularly if you choose one of purpose and happiness.

Solo travel can be one of the most rewarding experiences in any lifetime. But travelling alone with an unchecked mental illness can prove deadly. I am writing my memoirs in tribute to those who shared the weight of my burdens and helped me stop running, to find my way home.

Thank you for reading Matthew’s story, now we’d like to hear from you.