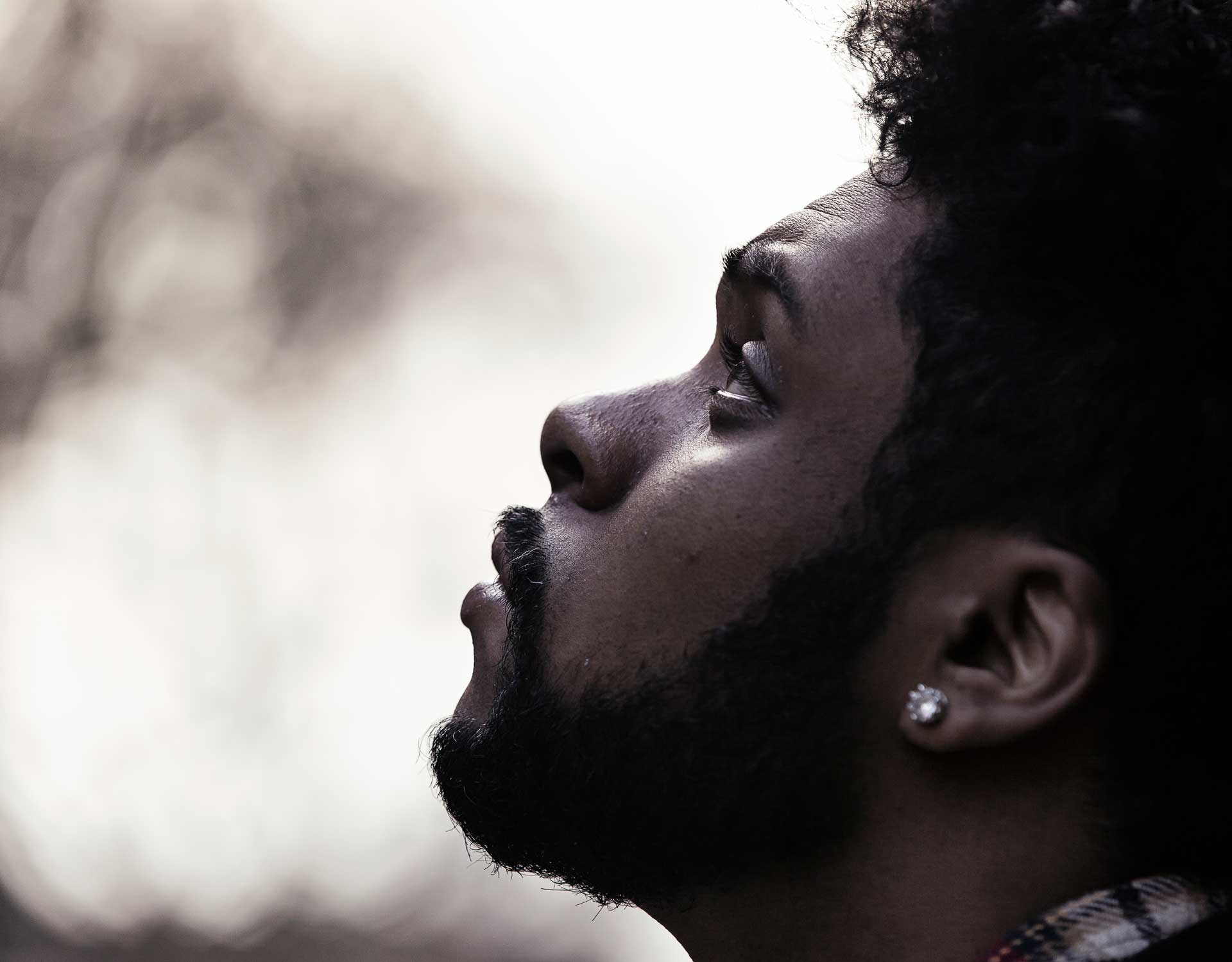 Meet Jhanai, a university student and entrepreneur from London.

We invite you to read his story and write a response to him at the bottom of the page. Your feedback will be collated to let Jhanai see how he has influenced our readers, and to encourage others to join the conversation by sharing their own thoughts.

Secondary school is tricky because you just want to be accepted. I managed to get through it by learning how to play the game – how to be in with the crowd but not part of it, to get my work done while they messed about. It was a hard balance to find. They weren’t really my friends as such, but there was a respect between us. I spoke to them, but we didn’t hang out after school. I’m sure many of them are in prison now.

Schools would hit other schools. Twenty of the strongest lads would go out to neutral ground to clash with those from another district, hyped up and full of adrenaline. I was a big guy, so I was encouraged to make up the numbers. I went along to one, but before we started I saw the police had already arrived. That didn’t stop everyone else, but I was able to make up an excuse and slip away unnoticed. I tried to stay on the right side of the law. When I was a witness to someone being stabbed with a bottle, the police came to me for the story because I was the only one with no record. I was proud of that. It was never easy – I was under a lot of pressure to get involved. If I’d refused, I would have been ostracised by my peers and lost the respect I’d built up.

It took some nerve to stay out of it, but I wasn’t afraid to say no. I was strong-minded, I knew right from wrong. My dad reminded me that I wouldn’t be with these people for the rest of my life, I didn’t have to impress them. But you’ve still got to avoid being a target, and a good way is to deflect the attention elsewhere. Having other interests outside school meant that I was able to keep my own life to myself. I wasn’t just sitting indoors waiting for a knock on the door to hang out every evening or waste my weekends.

I wasn’t perfect; I got a few detentions. But I was only ever given internal exclusions, where you were isolated from your mates and accompanied to the canteen by a teacher as though it was your last meal on death row. When I was a teenager I was living with just my mum, and there were certain things she couldn’t understand, so I dealt with them on my own. On her birthday one year, I was one warning away from a full exclusion. A guy at school started on me, but I didn’t retaliate. I didn’t want to bring that sort of news back home as a present. The problem was, he thought he’d got one up on me. A few days later I fought him – it was important to show I couldn’t be walked over. My mum never understood why, but that was the way to survive. In life you’ve got to walk with your chest out.

I worked hard at secondary school, but I lost focus on my studies in sixth form and didn’t do well in my exams. I’ll never forget the feeling of being unable to answer any of the questions, and I told myself I would never experience that again. I take full responsibility for getting bad marks, but it was impossible not to be influenced by my surroundings at the time.

The school offered me the chance to retake the year, but I needed to make a fresh start away from the same people. Sometimes the most accessible options aren’t always best for you. Change can be good. I often thought about my mum and how she had made the decision to move from Brazil to the UK aged 17. I too felt that I needed to venture out and try something new. I started at a new college in Hammersmith, made new friends, and did well in my exams.

I try to be philosophical about life. When something ‘bad’ happens, I look for the reason – there’s a positive to be discovered in every situation if you’re prepared to change your perspective. When I have kids I’ll make sure I’m there for them, available to listen and give advice. Some people think that men don’t have any emotions, but we experience the same feelings as women. I do, and every other guy does. I think it’s important to channel these emotions into something constructive and not to be afraid of how others may react.

I always look to other people who are where I want to be and doing what I want to do, especially if they have a similar background to me. It gives me a better insight into how to get there. Members of my family are great role models, but if I just took my lead from them I’d feel I was narrowing my mind and options. A personality trait I admire in other people is persistence. It’s very easy to give up on something if it doesn’t work straight away and you experience setbacks. If you keep trying, things will eventually work out.

My step-brother is going to be a dad soon, so I’ve been thinking about what lessons I’d like to pass on to my niece or nephew. I would tell them not to follow what everyone else is doing but to have their own mindset. It’s important to stay true to your own opinions and views. It’s important to know yourself.

Thank you for reading Jhanai’s story, now we’d like to hear from you.