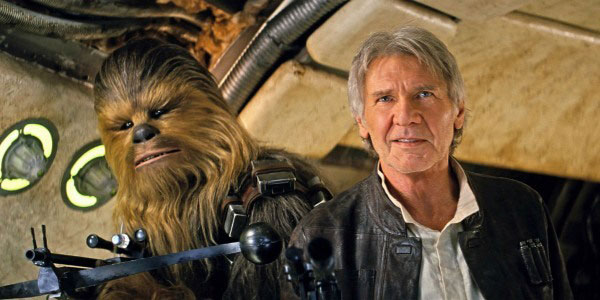 The greatest partnerships since Han & Chewy

The greatest partnerships since Han & Chewy

The best partners in the world can exist independently of each other, but when they join forces, something truly magical happens.

Take chips, for example. Arguably one of the greatest inventions of all time, but then adorn them with cheese and you create something extraordinary. Then there’s Quantum Leap, without the help of his trusty partner, Al, and his machine Ziggy, Dr. Sam Beckett would still be trapped in time in the body of an elderly woman named Ethel.

Just like Han Solo & Chewbacca, Mulder & Scully, Ben & Jerry, great partners can achieve so much more together. Being ManKind is no exception. We love speaking to and meeting other individuals and organisations who have a similar ethos to us and are working towards the same goal. We have made some incredible connections recently and here are just a few examples:

Rugby League Cares is rugby’s independent charity which, among other things, provides current and former players with health and wellbeing support. We spoke to Emma Goldsmith and James Howes who are involved with their new programme, The Offload Project. Offload is a male-focussed, mental fitness programme that uses the power of rugby league clubs and players to break down barriers, remove stigma and offer support to men who want to build a stronger mindset.

Hackney Pirates is an enterprising charity working to develop the literacy, confidence and perseverance of young people in Hackney, so that they achieve both in school and in the world beyond. We had a lovely time meeting Lily Eastwood and the team at the wonderful Ship of Adventures at their Christmas party.

Saracens are an English professional rugby union team and current European Cup Champions. Earlier this year we met up with David Jones, who is responsible for delivering the personal development of players as well as for their psychological well being. He also helps ensure that each player develops the life skills to enable a successful transition from being a full-time sports player to a career in the commercial world. Saracens is a wonderful club which cares about every individual and their families. David told us that mental illness and suicide is prevalent within the world of rugby so we hope to find ways in which we can work together to help improve mental health within the game.

Selasie Smith from The Gentleman’s Network contacted us in October about an event they were hosting called Made Men. TGN is a fantastic organisation for the male community, inspiring and supporting men through the transition from boy to man to gentleman. Through their work they hope to redefine black masculinity, challenge the stereotypes surrounding young black/ethnic minorities, whilst raising their aspirations and potential. The work that Selasie does is incredible and we are excited to see how we can collaborate in the future.

Emily Harbrecht is the founder of the incredible Mind Tools for Kids. She works with hundreds of children on building their confidence and self-esteem by teaching them the tools and strategies to unleash their potential and transform their world. Emily believes that the early years are so important and can lay the foundation for the best opportunities in life. We agree with Emily that confidence isn’t fixed, but can grow and develop if equipped with the right skills from a young age. We will be asking Emily for her expert opinion when we make our journal/book for young children next year.

Thomas Peyton-Greene is a filmmaker. In the past he has produced charity films for public health issues, but more recently he has moved into films about gender issues, in particular masculinity. We can’t wait to find ways in which we can collaborate with Thomas.

Herbert Smith Freehills and BNP Paribas are two corporations which are big supporters of Being ManKind. We are incredibly lucky to have such great organisations behind us.

We first got in touch with Herbert Smith Freehills earlier this year when we were crowdfunding for our Kickstarter campaign. We knew that HSF puts a large focus on diversity in the workplace so we hoped that they would be interested in our project and were delighted when they wanted to be involved. Diversity is an important issue for HSF, so much so that they host a Global Diversity and Inclusion Week in March every year. It is an significant week in the firm’s calendar during which they celebrate and raise awareness of all aspects of Diversity & Inclusion with over 44 events in 14 offices. David Shields and Alexis Goldfarb from the diversity team asked us to co-host an event in November, called “Gender diversity and men: diverse perspectives on masculinity”. We invited three men to take part in the panel: Cairo Nevitt – a spoken word poet, actor, trans man, Dave Chawner – a comedian and mental health campaigner and Emmanuel Speaks – a spoken-word poet and storyteller. Dave and Emmanuel both featured in Being ManKind Volume 1 and Cairo will appear in Volume 2. The panel was chaired by Razia Iqbal, a journalist who has been working for the BBC for over 20 years. She asked some very provocative and interesting questions. The evening was a great success and we heard some interesting and diverse viewpoints on how traditional gender stereotypes do not work for anyone. Each of the three men has a unique story to tell and it was fascinating to hear how masculinity means something different to each person.

In recognition of International Men’s Day in November, BNP Paribas invited the Being ManKind team to co-host an event around masculinity and overcoming adversity. They asked us to bring three men along to tell their inspiring stories in the hope that their strength and resilience would resonate with the employees at BNP Paribas.

We brought along three incredible men to speak at the event: Elliot Rae, who talked about his experiences as a father and dealing with a very ill child, Jamie Giles, who spoke about living with an alcohol addiction and Ed Corrie, who suffers from Crohn’s disease and he reflected on both the physical and mental challenges that come with the illness.

All three men spoke very candidly and with humour. The audience was very engaged and it sparked a lot of interesting questions and discussions. Through events like these, we want to show that you can rise to being your best selves through humanity, vulnerability, empathy and kindness.