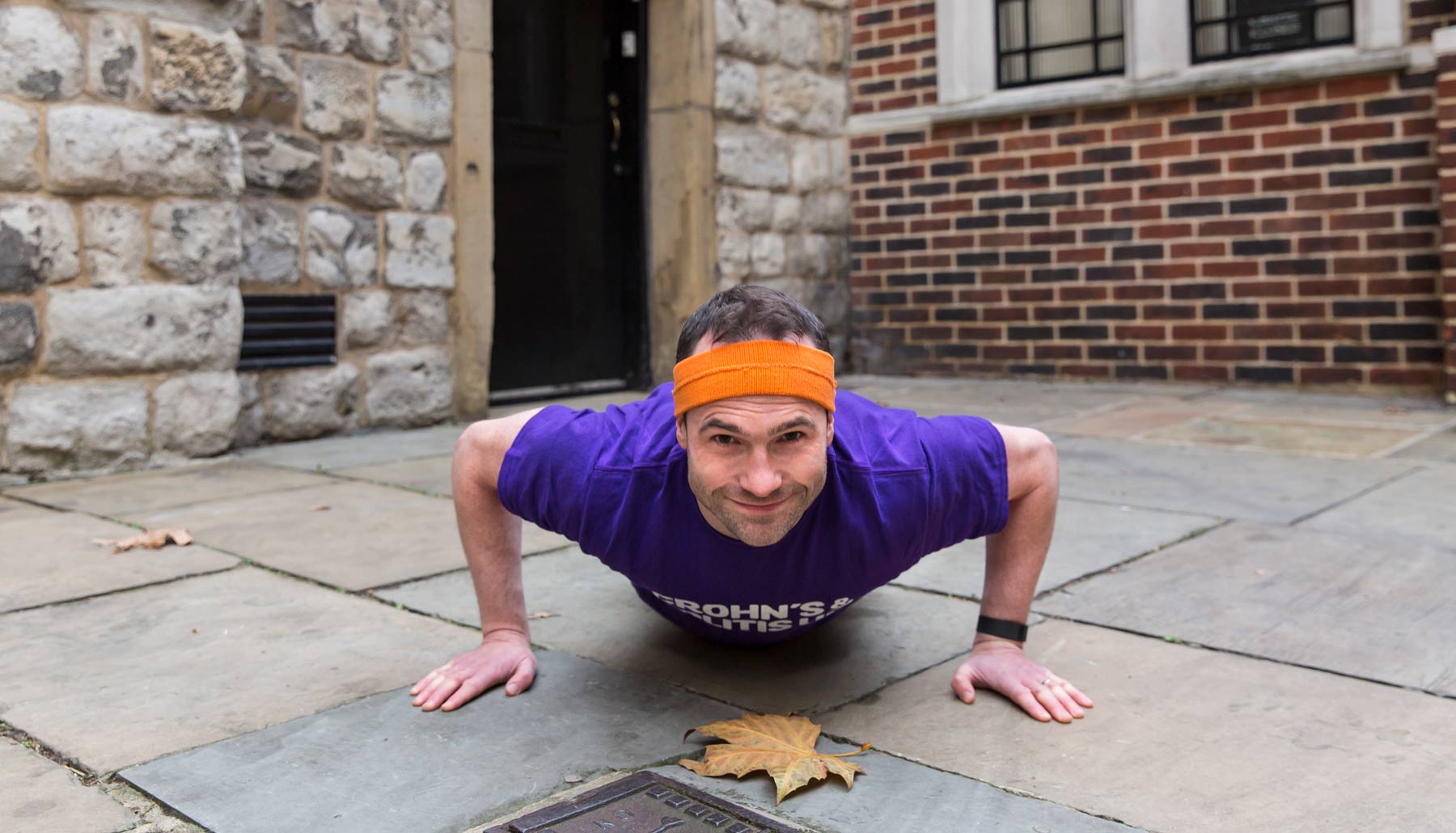 I’ve just got back from Uxendon Manor Primary with Priya and Jenny, who were doing the last session of their pilot lesson plans there with the children of 6M.

I had been asked along as, apart from my story featuring as the basis of one of the lessons, as a pet project beyond my Being Mankind experience, I have done a press-up campaign for Crohn’s Colitis, where I tried to break the world record for press-ups in an hour. I missed the target by about 200 press-ups (the current World record is 2398 and I managed 2175…), but Priya and Jenny had told the children at Uxendon about this and they were really excited about it all, and asked if I could come in and do some press-ups with them as part of their Being Mankind lesson.

It’s ridiculous to say now, particularly as the children were so polite, charming and lovely, but I was genuinely scared about going in. I think, in part that was down to the fact that they knew my story where I had made myself quite vulnerable and I didn’t know what to expect; I guess, with the book itself, even though it’s there for everyone to see, there’s still an element of distance on it as you’re not necessarily going to encounter everyone who reads your story – or rather, there’s a perspective on it so that it’s not the only thing people see when they meet you. The difference with little ones is that I guess that if they only know me for that story then that’s all they know about me, and all that they’d think of when I was in the room, and that made me feel a little nervous and exposed. Daft, so very daft to think that but I was nervous.

Things didn’t get off to the best of starts when I had an Uncle Buck moment in the toilets – being a Primary School, the loos were very much at little people height. That was fine, until I went to wash my hands in the (extremely low) sink and, possibly using more force on the taps that they are used to, I got an epic case of splash back from the sink, the bowl of which was roughly at adult crotch-height…

So I had to crouch under the hand dryer that had all the blowing power of a pigeon with asthma and hope that the big wet mark all over my joggers would dry before I got called into the classroom. I won’t lie, if I was nervous before, then this was a white knuckle ride of mild panic and a horrid insight into what it must have felt like to be the kid that wet himself in front of the rest of the class…

Fortunately there was enough time to recover from this before I was called in to give a press-up demonstration. We did a gentle warm up with sixty children and then showed them how to do a press-up. I got them to go around in a circle, doing press-ups in sequence while I tried to race them to sixty press-ups myself.

Afterwards we went to the classroom and I watched as Priya and Jenny delivered the end of their lesson. The thing that struck me most, and doesn’t surprise me at all, was the deep affection that all the children had for the lessons and for Priya and Jenny. You could see how much they loved being a part of Being Mankind and how much it meant to them that they were being made Role Models for Being Mankind (they got certificates, I was jealous). You could also see how responsive they were to the project, how much what they were being taught had sunk in and how these wonderful children have the potential to keep the messages of these lessons going. They are definitely the perfect audience for this book, and at the risk of being too pretentious, they are the future and exactly the people who can make a difference by implementing the lessons they’ve learnt into their own lives – from what I saw, not only are they doing it already but there is so much we can learn from their example.