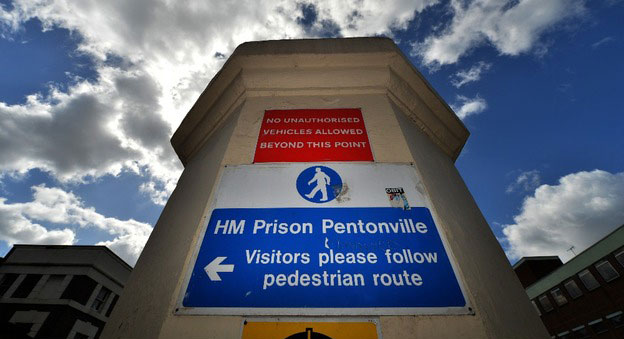 2017 began with a flurry of activity to pilot our lesson plans in schools and youth organisations far and wide. Each week, Jenny and I would make the journey to Uxendon Manor Primary School in North London armed with feedback forms, stories and activity worksheets. We were apprehensive initially as to how the sessions would be received by a large group of exuberant 10-11 year olds, or more accurately, how they would receive us! Our fears were soon allayed, and the weeks flew by as we waited impatiently for each Thursday afternoon session to begin. It was a truly sad time when it came to saying goodbye to the students and teachers alike. On the plus side, we were fully prepped and raring to go with our next challenge…to deliver sessions in HMP Pentonville Prison!

As we walked up to the prison gates with barbed wire and security cameras looming overhead, Jenny, Darshan and I exchanged a glance, sharing the same thought, ‘Why have we agreed to this?!’ Thoughts of Sylvester Stallone and Kurt Russell breaking out of prison in ‘Tango and Cash’ flashed before our eyes. As we made it through the extensive security checks and proudly pinned our visitor badges, our apprehension was soon overcome by excitement for what lay ahead. We had been warned about the high probability of there being a lockdown during our visit and being trapped in prison till the wee hours, but we pushed these thoughts aside to concentrate on the task ahead.

Unlike our primary school experience, we didn’t leave the prison with a handmade thank you card, choccies and flowers but we learnt a massive amount and left knowing that we had made a difference to the lives of the men behind bars! Over the course of three visits, we delivered workshops addressing mental health, overcoming adversity and realising goals and ambitions. Each session was developed using our KS3 and older plans, starting with an icebreaker, followed by 2-3 Being ManKind stories and a final activity. To be honest, we never once got around to the final activity as the discussions were too extensive and often more than a little fiery! In a group of 20 or so attendees, we expected there to be a mix of personalities and perhaps some apprehension to speak up but we were taken aback by the open and honest conversations that were sparked from the off. We were initially concerned about raising mental health in an environment where over 90% of inmates suffer from depression, anxiety or other mental illness but the conversations continued to flow freely. In fact,100% of the attendees agreed or strongly agreed that they felt inspired or motivated having attended the session.

There were a few familiar faces that showed week after week, with some men checking in with us at the end of each session to make sure that we were coming back! Listening to the men in the room, so many of whom were trying hard to turn their lives around was a humbling experience. We learned that many inmates were imprisoned for petty crimes and repeat offences, failing to break free from the cycle time and time again. Often, the lack of support available to help rebuild lives following their release was a significant contributory factor.

A month on, we met with the inspirational Joshua Coombes to capture photographs for his story contribution to Being ManKind volume 2. In case you’re unfamiliar with Josh’s work, he started the movement #dosomethingfornothing by cutting hair for the homeless and encouraging others to show acts of kindness. Josh introduced us to a young man called Dan who was sleeping rough on the streets, and who he had initially met on the day of Dan’s release from Pentonville Prison. Josh showed us a photograph of Dan captured on this very day and we couldn’t help but notice the deterioration in his mental and physical health just three weeks on. We watched as Dan cleaned the area where 4-5 people were sleeping rough, pacing back and forth to make sure others had enough water and food. It was clear that he was itching to do something to help himself and to better the lives of those around him. We walked away with foreboding thoughts about the state of his mental and physical wellbeing after another three weeks of sleeping rough on the streets of London.

Everyone messes up at some point in their lives and everyone has a story to tell. It’s what happens next that counts. It’s going to be a tough journey, but we’re determined to help. If we can empower young boys to know themselves and choose the life they want to lead, irrespective of personal circumstances and other barriers, then we could prevent people going down these paths. Changing even one life for the better justifies the need for our mission.